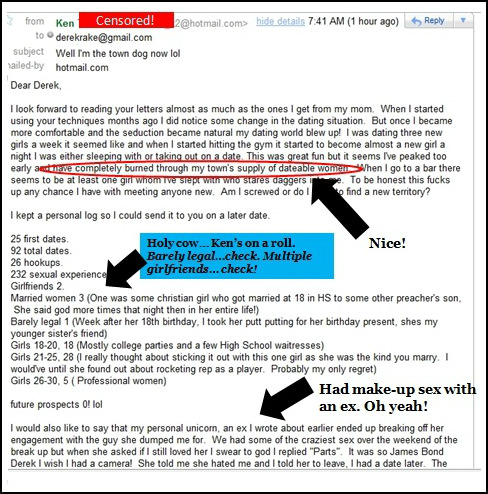 Lorem ipsum dolor
“Definitely eye-opening and mindboggling at the same time. I have not seen the ‘covert’ strategy of “Master Salesman Formulae” anywhere else, and I have used it many times now to deadly effect. Powerful, simply powerful.

“Apart from telling you that SonicSeduction™ is superb, I am writing to you to let you know that I appreciate that that you took the time to give me some extra coaching at DerekRakeHQ. Thanks!” – Peter Koch, Twin Cities 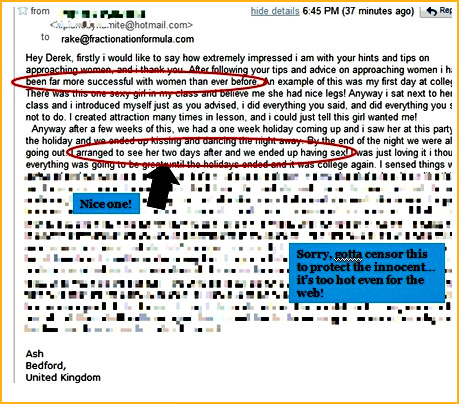 “Your materials delivered right from day one.”

I have read all kinds of books on the subject of dating and seduction, and I thought I have seen it all. But unlike the others, very simply, your materials deliver right from day one.”

“…I felt like I’ve just gotten some attraction superpowers….”

Lorem ipsum dolor
“After going through your program, the difference was phenomenal. I felt like I’ve just gotten some attraction superpowers… I could approach any woman I see and nine times out of ten they would give me their phone number…”

“So I’m just calling in to say thanks. And yeah, you can use this video as a testimonial, and your readers can email me if they have questions about my experience with your program. Thanks again, Derek, I owe you one.”

Even Women Agree That SonicSeduction™ Works!

SonicSeduction™ student Roger Carwyn used our techniques to seduce a lesbian… and it worked! 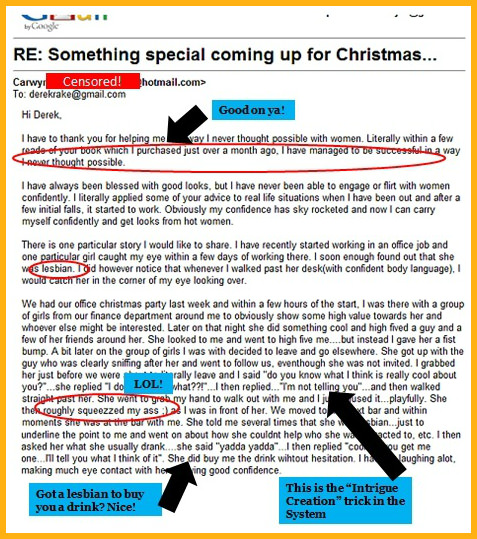 James S. is now marrying the woman of his dreams… thanks to SonicSeduction™ 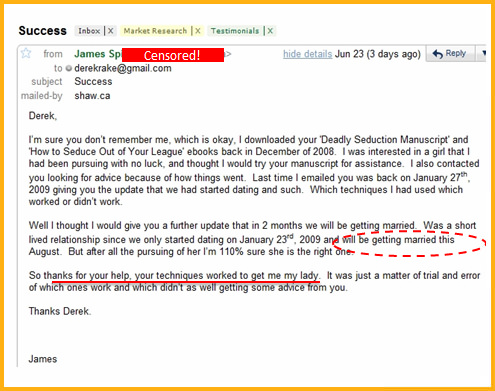 “…(your techniques) work like absolute magic…. she’s now my girlfriend.”

Lorem ipsum dolor
“I stumbled upon your website, and downloaded your program, and went through the full roadmap from start to finish. I even memorized your Master Salesman and “Pull Her Into Your World” techniques, and I gotta tell you, they work like absolute magic.

I followed the steps exactly as you told me and it worked. She’s now my girlfriend for the last three weeks, and everything is going great. Thank you, Derek!”